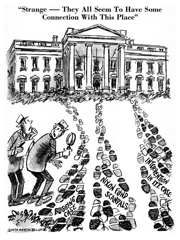 Daniel A. Jenks, Drawings of an Overland Trip from Missouri to Pike’s Peak in Colorado and then to Gold Mines at Yreka, California, 1859-60. An extraordinary group of twenty ink and watercolor drawings recording Jenks’ travel by wagon train from the Santa Fe Trail to the gold fields of northern California, arranged and composed as in storyboards for some cinematic epic. Madison Council special purchase, 2000. 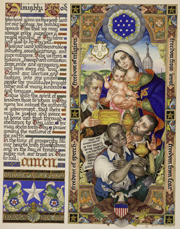 Three masterpieces of illuminated Americana by Polish American illustrator Arthur Szyk: the Declaration of Independence, the Bill of Rights, and the Four Freedoms Prayer. Gift of the artist’s daughter and a local collector, 1999.

Marian S. Carson Collection of Americana (Co-curator). Private collection of early Americana: historical manuscripts, photographs, prints and drawings identified by Librarian of Congress as the institution’s most significant 20th-century acquisition of Americana. Gift/purchase from Marian Carson and the Madison Council, 1996 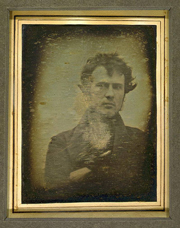 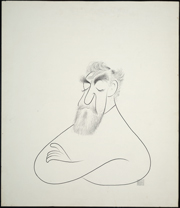